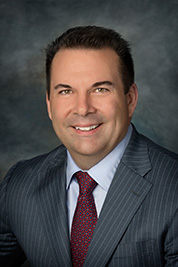 With more than 35 years of automotive industry experience, Jeffrey Edwards serves as chairman and CEO of Cooper Standard, a position he has held since May 2013. He joined Cooper Standard as CEO and became a member of the Company's board of directors in October 2012. Since joining Cooper Standard, Edwards has been focused on driving value through culture, innovation and results.

Edwards also serves on the board of directors of Standex International Corp., where he serves on the Compensation and Nominating and Corporate Governance Committees.

Prior to joining Cooper Standard, Edwards held positions of increasing responsibility at Johnson Controls, Inc. from 1984 to 2012. Most recently, he led the Automotive Experience Asia Group, serving as corporate vice president as well as group vice president and general manager.

Edwards earned a Bachelor of Science degree in business administration in 1984 from Clarion University in Pennsylvania. He has also completed an executive training program at INSEAD, an international graduate business school and research institution. 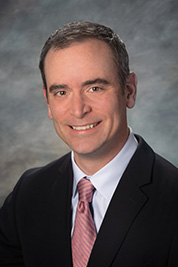 Prior to his appointment as CFO in June 2017, Banas served as Cooper Standard's vice president, corporate controller and chief accounting officer. In this position, he had responsibility for the Company's accounting function, including ensuring regulatory compliance, developing and implementing accounting policies, maintaining financial records and developing world-class financial best practices.

Before joining Cooper Standard in 2015, Banas spent 11 years at ZF TRW (formerly TRW Automotive Holdings Corp.) in Livonia, Mich., where he served in roles of increasing responsibility. Most recently, he was director, financial reporting. He previously held accounting and auditing positions at Hayes Lemmerz International, Inc. in Northville, Mich. and KPMG LLP in Detroit. He also served as president of a financial management and accounting services firm, 664 Consulting Group, PC, in Plymouth, Mich. 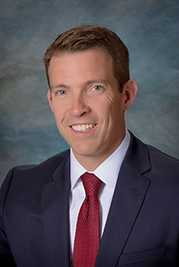 With more than 26 years of automotive industry experience, Patrick Clark serves as senior vice president, chief global manufacturing officer for Cooper Standard, a position he has held since August 2020. In this role, he leads Cooper Standard’s automotive and non-automotive manufacturing operation toward world-class levels in support of the Company’s profitable growth targets. He will also serve as chair of the Company’s Global Manufacturing Council, which focuses on aligning the global manufacturing organization to implement best practices and improve overall efficiency and effectiveness worldwide. Based in Northville, Mich., he reports to the Company's Chairman and CEO Jeffrey Edwards.

From 2019 to August 2020, he served as senior vice president, chief global engineering and product strategy officer, where he led the Company’s global engineering function to design and develop superior products to meet customer needs, as well as developed product strategy for the Company’s automotive product lines to drive a distinct and sustainable competitive advantage.

From 2017 to 2018, Clark served as vice president, business development. In this role, he was responsible for profitable growth in North America along with overall customer relationships and introducing new innovations to the market.

From 2013 to 2017, Clark was senior director, global product line sealing, where he established the future direction of the Company’s sealing product line in support of Cooper Standard’s vision.

During his time at Cooper Standard, Clark has held leadership positions in engineering, operations, program management, finance, strategy and sales. He has led and supported divestiture and acquisition targets, as well as global initiatives around growth, standardization and innovation to improve the performance of the sealing business. He joined Standard Products, later acquired by Cooper Standard, as an intern in June 1994.

Clark earned a bachelor’s degree in engineering from Virginia Polytechnic Institute and State University in Blacksburg, and a Master of Business Administration degree in finance from the University of Michigan in Dearborn, Mich. Clark also provides executive oversight of Cooper Standard’s STEM (science, technology, engineering and math) Affinity Group. 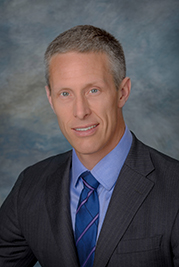 With more than 21 years of global automotive manufacturing experience, Christopher Couch serves as senior vice president, chief technology and procurement officer for Cooper Standard. In this role, he leads R&D, product development and engineering, product strategy, and program management. He also has P&L responsibility for Applied Materials Science (AMS), which is a venture business unit focused on commercialization of unique materials developed by the company.

Couch serves as chair of the Company’s Global Technology Council, which oversees development of technologies in all areas of the business. Relevant technology domains include materials science, product design, manufacturing process technology, and artificial intelligence. He also leads the CS Open Innovation initiative, which aims to position Cooper Standard as the partner of choice for open innovation with start-ups, universities, and other suppliers.

Based in Livonia, Mich. at the Company's Global Technology Center, Couch reports to the Company's Chairman and CEO Jeffrey Edwards.

From 2016 to 2018, Couch served as vice president, product line strategy and innovation. In this role, he led Cooper Standard’s innovation process and developed the Company’s strategies for organic and inorganic growth in its core product lines. Before joining Cooper Standard, Couch served as chief technical officer and global manufacturing vice president at Lear Corp. in Southfield, Mich. He joined the company in 2013 as a senior executive responsible for advanced engineering, advanced manufacturing and cost optimization.

From 2005 to 2013, he worked at Johnson Controls, Inc. in a variety of P&L leadership positions based in Korea and Japan as the regional president. He was group vice president for Johnson Controls Asia-Pacific with responsibility for regional operations, including advanced development, engineering, program management, and manufacturing at all wholly owned and joint-venture affiliates. He was also responsible for global commercial activity for Asia Pacific customer groups. 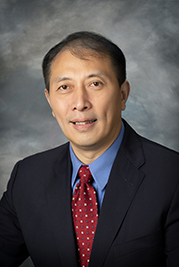 Li serves as vice president and managing director, China a position he has held since January 2020. In this role, he is responsible for managing sales and program management activities, and developing and executing Cooper Standard’s Profitable Growth Strategy in China. Based in Shanghai at the Company's regional headquarters, he reports directly to the Company’s Executive Vice President and President, Global Automotive D. William (Bill) Pumphrey.

Li joined Cooper Standard in 2019 as vice president, Asia Pacific engineering. In this role, he focused on expanding and strengthening customer relationships through new product innovations and technical support.

Li also served as vice president of Great Wall Motor Technical Center from 2005 to 2007. Earlier, he served as technical specialist (managerial role) from 1997 to 2005 at the Ford Research Laboratory. Simultaneously, he served as secretary, vice chairman and chairman at Michigan Catalysis Society from 2002 to 2004. 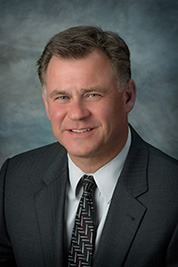 Larry Ott serves as senior vice president and chief human resources officer for Cooper Standard. In this role, Ott is based at the Company’s headquarters in Northville, Mich. and is responsible for providing strategic direction and leadership for the human resources function and fostering the development of human resource capabilities across the global enterprise. He also leads all human resource practices and programs, including organization effectiveness, employee engagement, compensation and benefits, talent acquisition and development, succession management, and labor and employee relations. Ott reports to the Company’s Chairman and CEO Jeffrey Edwards.

Prior, he held a similar position at Ally Financial Inc. (formerly GMAC Inc.) in Detroit from 2006 to 2010, where he oversaw the human resources strategy, policies and programs for the auto finance, insurance and commercial finance business units of 10,000 employees. Earlier, Ott spent more than 20 years at General Motors Corp. in a variety of progressive human resources, employee and labor relations functions.

Active in the community, Ott is on the Executive Committee for the American Cancer Society’s annual Detroit Discovery Ball, is on the Executive Board of Trustees of the Michigan Colleges Alliance, is a member of the Board at Jack’s Place for Autism, is the fundraising lead for Independent Living Alliance, an organization focused on housing for adults with autism, and is on the Advisory Board of Human Resources Network International. 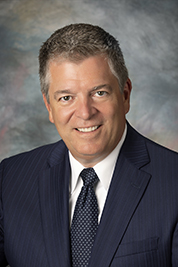 With more than 36 years of automotive experience, D. William (Bill) Pumphrey serves as executive vice president and president, Global Automotive and ISG. In this role, he is responsible for aligning the needs of customers, and providing consistent performance and the latest innovations to assist customers in meeting the demands of the rapidly changing mobility landscape. He is also responsible for corporate strategy and the Company’s ROIC (return on invested capital) improvement initiative, where he works to refine the strategy to more closely represent the Company’s culture and provide a path for continued growth by driving value through the Company’s culture, innovation and results.

Pumphrey is based at the Company's world headquarters in Northville, Mich. and reports to Cooper Standard Chairman and CEO Jeffrey Edwards.

Previously, Pumphrey served as senior vice president and president, North America. In this role, he focused on expanding and strengthening customer relationships to increase new business opportunities for the Company's North American operations, as well as overseeing profit and loss for the region.

Prior to joining the Company in 2011, Pumphrey served as president, Americas for Tower International in Livonia, Mich., where he successfully led the operations through the 2009 automotive industry downturn. From 2005 to 2008, he served as the president of Tower’s North America operations, where he was responsible for the development and execution of the division's restructuring plan.

From 1999 to 2004, Pumphrey held various positions at Lear Corp. in Southfield, Mich. Most recently, he served as president of the company's Asia Pacific operations. Prior to this, he led numerous divisions within the company, including the DaimlerChrysler, Ford Europe and Electronics and Electrical divisions. Pumphrey joined Lear in 1999.

From 1991 to 1999, Pumphrey held positions of increasing responsibility at Dearborn, Mich.-based UT Automotive (acquired by Lear in 1999), including vice president of product development and vice president of UTA's Chrysler business. Prior to that, he worked for PRS Consulting International Ltd. in London, England and started his career at General Motors Corp. in 1984.

Pumphrey earned a Master of Business Administration degree from the University of Michigan in Ann Arbor and a Bachelor of Arts degree in economics from Kenyon College in Gambier, Ohio.

Pumphrey sits on the board of directors of Gilda's Club of Metro Detroit and serves on the Greenhills School Board of Trustees in Ann Arbor, Mich. 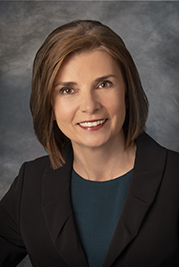 With more than 21 years of experience in transactional, corporate, securities and regulatory law in the automotive and financial service industries, Joanna Totsky currently serves as senior vice president, chief legal officer and secretary, a position she has held since July 2019. Based at the Company’s world headquarters in Northville, Mich., Totsky reports to the Company’s Chairman and CEO Jeffrey Edwards.

Prior to joining Cooper Standard in 2016, Totsky spent nearly 17 years at Ford Motor Co. holding a wide range of positions of increasing responsibility, including senior legal position at Ford’s Company Secretary Office in Dearborn, Mich., legal director of FCE Bank in Brentwood, U.K and legal director of Ford Credit Asia Pacific in Bangkok, Thailand. She started her legal career as an associate in the International Group of Miller Canfield splitting her time between firm’s Detroit and Warsaw offices. Totsky worked as senior editor and a member of the strategy team at Thomson Gale in Detroit while studying towards a law degree. 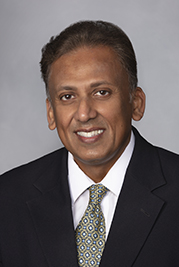 Prior to joining Cooper Standard in 2021, Venkat served as chief information officer for IXS (Innovative Xcessories and Services), a provider of vehicle uplift services and coating solutions. In this role, Venkat was instrumental in turning around the IT team to successfully deliver multiple digitization, data and cyber-security initiatives enabling business resilience during the COVID pandemic. From 2016 to 2020, Venkat held roles of increasing responsibility at Cooper Standard, most recently as global vice president, information technology.

Prior, he was the co-founder and chief operating officer at the technology startup, InfoShuk. Previously, Venkat held IT leadership roles of increasing responsibility at Meritor, Masco Corp. and ProQuest. He started his career as a senior consultant at Oracle Corp.